The 25th annual Wekiva River Christmas Bird Count (CBC) was conducted on December 19, 2015 across 15 separate zones covering thousands of acres of public and private land, most of which is in the Wekiva basin. 127 different species of birds were observed and 65 people participated in the count. The weather was cool, and there were windy conditions throughout the day that compromised the ability to see some birds, particularly small birds in shrub or grassland habitat. But it was a great continuation of a National Audubon program that began in 1900, and a local CBC that was begun in 1991. Fred Harden compiled the count data in the first dozen years of the Wekiva River CBC, and I have been compiling them since.

Characteristics of the Count Circle 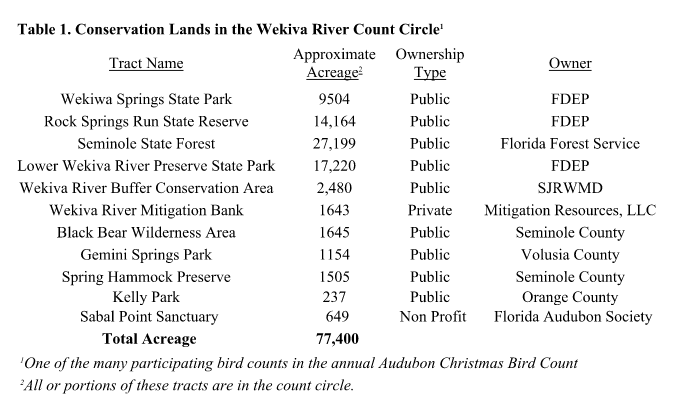 A number of significant open water bodies and their adjacent wetlands occur within the count circle. Some of the more significant water bodies include the Wekiva River, Little Wekiva River, Blackwater Creek and the St. Johns River. Portions of Lake Monroe, Lake Jessup and Lake Brantley are also within the count circle, along with the large, man-made open water body called Konomac Lake associated with the Florida Power & Light Company’s Sanford power plant.Urban and suburban areas include the communities of Lake Mary, Sanford and Longwood, and rural portions of Seminole, Lake and Orange counties. One characteristic of these developed areas that has a substantial impact to bird species is the number and distribution of natural and man-made water bodies. Many of the zone leaders focus on the habitats around these open water bodies, and the birds associated with these open water and wetland habitats are somewhat overrepresented in the Wekiva River count.

Over the 25 years of documenting birds in this count circle, several factors have affected the number of species and the number of individual birds observed in any given year. These include weather patterns, both locally and regionally since they have an effect on migratory bird patterns and the actual ability to detect birds. December 19, 2015 was a relatively windy day and several species of smaller birds were fairly underrepresented in this year’s count. Not only did these birds likely reduce their movements, but their calls were obscured by windy conditions.The number of people that participate in the count has varied from 39 in the initial count to a high of 66. The number of people looking for birds certainly affects the total species counted, but, more important is the skill and experience of the individuals participating in the count. This has varied somewhat substantially from year-to-year. Even with these influences, the number of species observed is relatively stable; ranging from 106 in 2002 to 131 in 2013; 127 species were observed during this year’s count.

Consistently-observed birds
One of the most fundamental trends in the bird count data over the last 25 years is that the vast majority of species encountered are observed every year. These “common” species are typically observed in every zone of the count in every year. The numbers of individuals of the species may vary tremendously, particularly for birds that migrate in definitive patterns or in large groups like tree swallows or white ibis. But in terms of the species encountered, about 100 are encountered year in and year out. 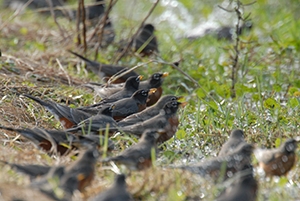 New Species
A couple of new bird species have appeared in the last 10 years of the count, and these birds are apparently here to stay. The Eurasian collared-dove is an exotic species that has rapidly spread from south Florida across the country in the last 20 years. They are typically found in urban areas, and while we don’t concentrate our efforts in urban areas, Eurasian collared-doves have been observed almost every year since they were first encountered in the Wekiva count circle in 1996. Black-bellied whistling ducks are also much more common in the Wekiva count each year. This species of “tree duck” has been documented in Florida for almost 50 years, and their numbers in the Wekiva River count circle have grown substantially. The species was first encountered in 2010 and we have observed 150 or more every year since. A high of 550 black-bellied whistling ducks was documented in 2011.

Highly variable species
The total number of some highly mobile species has vacillated dramatically during the course of the count. Tree swallows have ranged in numbers from 0 to 2000 during the count; American robins have ranged from 329 to 20,000; fish crows from 643 to 16,000 and red winged- blackbirds from 251 to 2455.

Species with decreasing numbers
There are several bird species that appear to be dwindling. There may be a number of reasons for this, including the methods used in conducting the count, but there seems to be a marked decrease in grassland birds, limpkins and Florida scrub-jays. Grassland birds, including northern bobwhite, eastern meadowlark, killdeer and loggerhead shrike have all decreased relatively substantially. 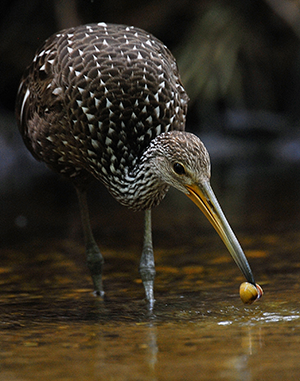 The northern bobwhite has decreased most precipitously, and this trend is consistent with total numbers of bobwhites across the Southeast. Changing land use patterns and the relatively small area of prairie and grassland habitat in the count circle is the likely reason for the diminished numbers of each of the species.

Much has been speculated about the impacts of reduced water quality in the surface waters of the Wekiva basin and its effects on apple snails, a preferred food of the limpkin. This could have had an impact on the total number of limpkins observed over the 25-year history of the count, but they have certainly decreased in numbers. Florida scrub-jays were actually not counted until year five of the Wekiva count, then, through active management of scrub habitats, their numbers increased to 55, but over the last 10 years only approximately 10 to 15 birds have been counted in scrub habitat across the count circle. There are many more scrub-jays in the Seminole State Forest outside of the count circle, and their populations are well-managed and monitored, but the numbers of birds observed within the count circle has declined. 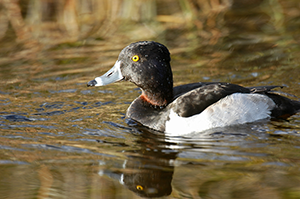 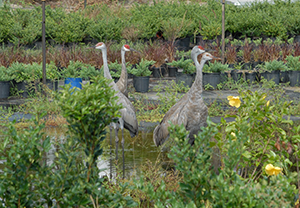 Sandhill cranes have also increased, potentially because of the protection afforded this state-listed species. The state and federal protection given to eagles may have also resulted in an upward trend for these species. An average of about 10 eagles was detected in the first five years of the count, but a stable number of 25 to 30 individuals has been observed over the last 15 years.

Listed species
Quite a few species of state or federally-listed birds are frequently encountered and stable in the Wekiva count. These include wading bird such as white ibis, little blue heron and tricolored heron, along with wood stork and sandhill crane. 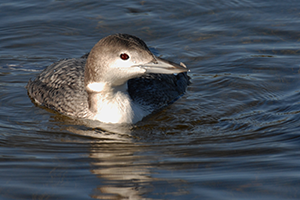 Rare birds
As mentioned previously, most of the birds observed each year are regulars to the count. However, every year, there are several rarely seen species that are observed on the count. In the past few years these have included: canvasback, white-winged dove, common loon, vermilion flycatcher, peregrine falcon, pine siskin and eastern whippoorwill. These birds may occasionally visit the Wekiva count circle in December due to some dramatic weather pattern, or even the erratic flight of a single individual.

The 25-year history of the Wekiva River count has provided important data for the assessment of regional and national trends in bird abundance, and serves as an indicator relevant to management of wilderness and even suburban habitats for birds. The consistency of the count over the last 25 years is due in large part to the acquisition of thousands of acres of lands that are currently managed for natural resources and their historical biological diversity. These protected areas assure an abundance of birds that depend upon continuous, mature communities of forested, wetland, or grassland habitats.