What’s going on in the Woods of the Wekiva? July edition

Somewhat of an abbreviated article this month… In part this is because I have spent two of the last four weeks in other regions of the country. I can tell you more about what’s going on in the woods in Sequoia National Forest right now than in the Wekiva Basin. Which leads me to this month’s ecological tidbit. 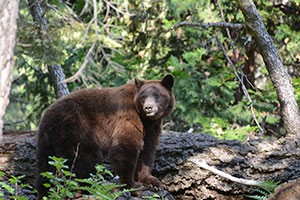 I’m intrigued by (native) species that are so adaptable that they can live in totally disparate regions of the country. This month I spent a lot of time in natural areas in three different regions and encountered several species that were abundant in totally different geographies, elevations and habitats: in swamps and flatwoods of central Florida, above 9000 feet in Sequoia National Park and in the mountains of North Carolina.

Three ubiquitous species that illustrate this point are American black bear, American robin and brackenfern. Not that it’s a big surprise, but the American black bear is found in the wildlands of each of the three regions where I have spent a fair amount of time in the last month. My wife and I spent a week hiking in Sequoia National Park, and we encountered 13 bears over the course of three days. Many of these encounters were very close. I couldn’t help but reflect upon human/bear conflicts in the Wekiva Basin and the parallels with bears in that portion of California. The fact that the American black bear can live in the Everglades at sea level and in the Sequoia National Forest above 9000 feet is a testament to their great adaptability. These animals are the same species, Ursus americanus, though the brown color of some of the individuals in the Sequoia National Park might lead you to think otherwise.

The second species that was so compellingly ubiquitous was the American robin, Turdus migratorius. During the Christmas Bird Counts in the Wekiva Basin, thousands of American robins are typically found across a variety of habitats. They frequently flock around cabbage palm trees with ripened fruits and shake the trees with their voracious foraging behavior. 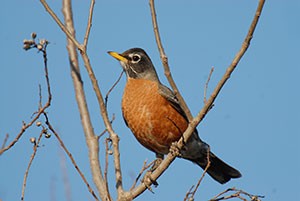 They also breed as high as 9000 feet in the Sequoia National Park. We found a robin setting on a nest right off of a highly-used trail near Tokopah Falls. Likewise, when we hiked near Charlotte, North Carolina, robins were foraging on the ground in the front yard of the house we rented, and their melodious songs were constantly emanating from the canopies of the deciduous eastern forest. What a fantastic, common, highly adaptable, successful species.

As pervasive as robins and bears are, they can’t compare to the range of a plant known as brackenfern, Pteridium aquilinum. There are hundreds of thousands of individuals in pine flatwoods habitats in the Wekiva Basin, and similar numbers in the upper montane forests of California and the foothills of the Blue Ridge Mountains. Brackenfern is prevalent in Florida on sandy soils exposed to relatively high rainfall, on steep slopes in the karst regions of North Carolina and at high elevations in central California. It thrives after winters under 15 feet of snow, during summers with temperatures near 100° and in niches in North Carolina characterized by varying light conditions under a completely deciduous canopy. 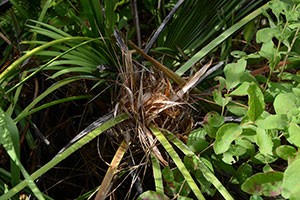 The adaptability of a species to different regions and habitats doesn’t always mean that it is assured long-term survival. The Florida black bear was a state-Threatened species until very recently, the Florida panther/eastern cougar once roamed across the eastern US and the American chestnut was once the most common tree of the eastern deciduous forest. However, at least in the short-term, black bears, robins and brackenfern seem to have pretty optimistic outlooks in Florida, California and North Carolina. 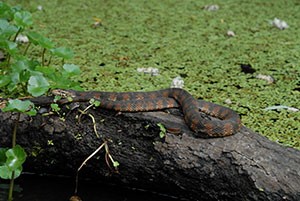