What’s going on in the Woods of the Wekiva? Early June addition

Last month’s walk through the Seminole State Forest caused me to reflect on the exceptional biological diversity in the Wekiva Basin. This diversity is influenced by the assemblage of various distinctive habitats and the plethora of organisms that are adapted to each one. Some of these can persist for millennia unaffected by the conditions of habitat surrounding them. More often than not though, landscape-level or regional influences affect plants and animals – even those that have relatively small home range or habitat needs. I concluded that the context of these larger scale factors might be revealed by considering a seemingly unrelated trio – bears, red-cockaded woodpeckers and springs ecosystems. What do they have in common? For one reason or another they all depend upon vast areas of relatively contiguous natural lands.

In the Wekiva basin, the Florida black bear represents the positive outcome of decades of large-scale natural lands acquisition and protection. Bears in Florida are habitat generalists, and they have persisted in a variety of forested communities even though they may have been drastically altered ecologically. 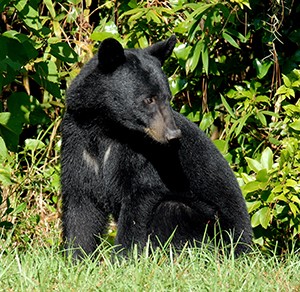 Bears have increased in numbers in the Wekiva basin despite the fact that their habitat is infused with a substantial population of humans and they have been killed or injured by the dozens on highways that crisscross the landscape between Wekiwa Springs State Park and Ocala National Forest.

The red-cockaded woodpecker represents the negative outcome of drastic alterations to habitat conditions at the landscape level. These changes took place prior to the acquisition of the 75,000+ acres in public ownership in the basin. Red-cockaded woodpeckers need mature stands of primarily longleaf pine. As decades of research shows, viable populations must include dozens of individual family groups spread over dozens of thousands of acres. The vast stretches of longleaf pine ecosystems with old-age pine trees and grassy, park-like understories that red-cockadeds depend upon were extirpated over the last 200 years and they can’t be replaced by simple acquisition. For the most part red cockaded woodpeckers in central Florida are gone, and even with landscape-level conservation measures, the outlook for their recovery is not optimistic.

Landscape-level protection of the springsheds surrounding the springs in the Wekiva basin represent the story yet untold. The unique ecosystems of these springs depend upon a relatively undisturbed landscape and the passage of rainwater through the karst (limestone) geology into the deep Floridan aquifer. Landscape-level land acquisition has protected extensive areas of recharge for springs systems, but much of the historic recharge areas are highly disturbed and urbanized. Protecting the biological diversity of springs ecosystems is now influenced by the natural lands in the basin and by those lands in which humans dominate. Degradation of water quality has been minimized by land acquisition and environmental restoration projects, but in the recent past spring water flows have diminished, ground and surface-water quality has been reduced and the species of organisms that live in springs have shifted.

There are dozens of other clear examples of the importance of evaluating natural resource protection across several counties and thousands of acres. The consequences are fairly well understood for some species but poorly understood for the vast majority. To be effective, future natural resource management decisions must be made with the landscape context in mind. 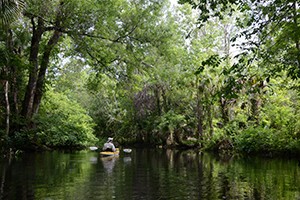 This past month, I paddled a section of the Little Wekiva River to the Wekiva River and continued downstream for a few miles. Over the next few months I plan to canoe other sections of the Wild and Scenic Wekiva River to document what’s going on in the water.In the Little Wekiva River watershed, water quality improvement projects have been undertaken for decades, and certain constituents of pollutants in the water have been greatly reduced. However, during our trip downstream, visible indications of poor water quality persist. Although the native aquatic plant eelgrass (Vallisneria americana) is abundant in the Little Wekiva River, they are covered with thick algae from abnormally high level of nutrients in the river. The water clarity itself is relatively poor, and filled with organic debris that is not indicative of the river’s clear water, sandy bottom historic conditions. This organic detritus undoubtedly affects the physical and chemical aspects of water quality. Removing nutrients from multiple sources in the Little Wekiva River watershed should continue to be an area of focus for natural resource agencies. 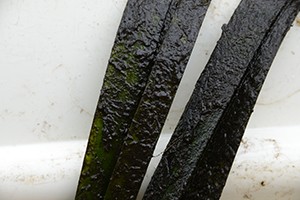 On the other hand, we saw a lot of wildlife in or near the river along its entire course. During our trip, we saw quite a number of unique birds including yellow-crowned night heron, swallow-tailed kite, limpkin, great-crested flycatcher, yellow throated vireo and a spectacular prothonotary warbler that was singing and displaying in bright sunshine in a tree right above the Wekiva River. In flat, heavily vegetated portions of the Wekiva River, apple snails were scattered in patches by the hundreds on emergent aquatic vegetation, and in stretches of good water clarity, we saw dozens of fish of several species, and red-bellied and peninsula cooter turtles. 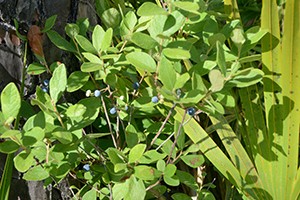