What’s going on in the Woods of the Wekiva? September, 2015 edition

Summer rains and wetland hydrology – Over the last 2 to 3 months we’ve had expected deluges from summer rains and weather patterns associated with tropical storms. One group of vertebrates that particularly “anticipates” the relatively regular rains of Florida summers are the Anurans – the taxonomic Order that includes frogs and toads. I’m fond of spending early evenings near marshes and swamps listening to the calls of various species of frogs and toads.

Each species has its own distinct call delivered by males in some characteristic perch that is just right for that species to attract a suitable mate. For the last several months, I have been periodically going to the Seminole State Forest (SSF) on evenings succeeding heavy rainfall in the hopes of documenting the frog diversity in isolated marshes west of the Wekiva River. These heavy summer rains can be extremely scattered across Florida, and up until mid-August, the isolated marshes in this portion of SSF were uncharacteristically dry. The weather forecasts, done with advanced tools (you can learn more here about weather stations), may help me track down the best time to go for the shoot; however, I like being prepared for random downpours. Moreover, without rain, the marshes were also completely void of frogs calling from the shallow pools of natural, herbaceous wetlands. However, on the evening of August 31st, SSF erupted with the calls of thousands of frogs and toads of numerous species making it a particularly fun night to conduct a survey.

A total of nine species of frogs and toads was heard calling that night in a survey route with about 10 listening stations that I have followed over these few months. These included: 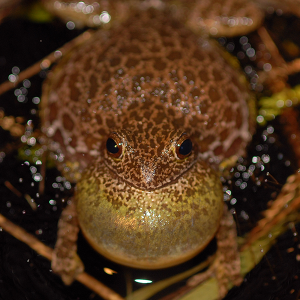 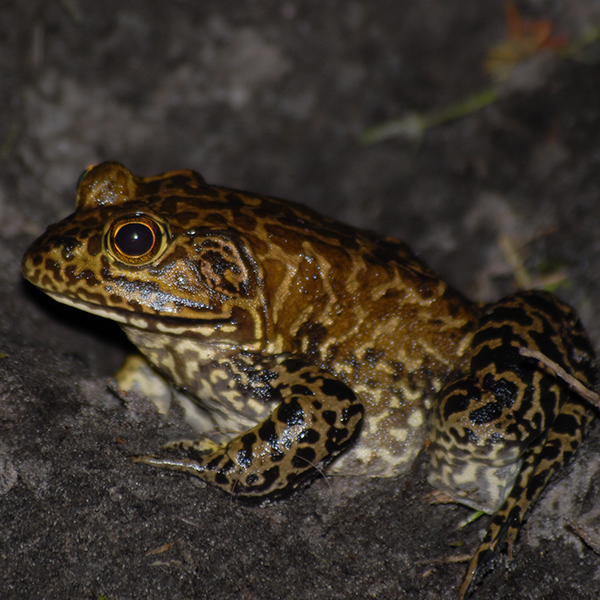 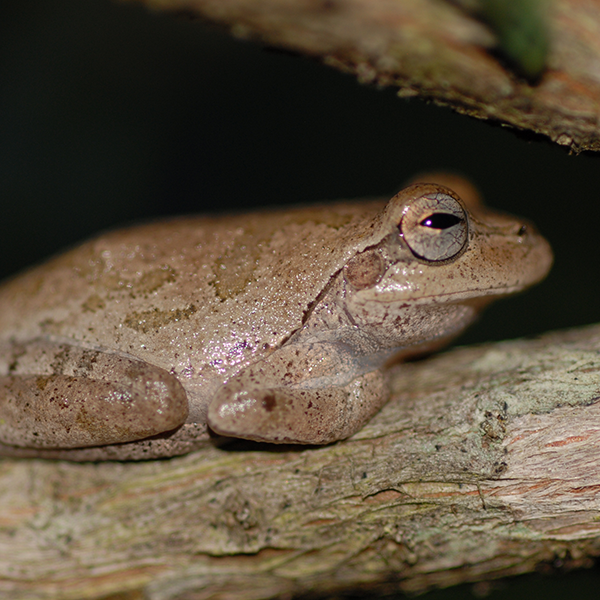 Quite a few of these species typically breed in late winter or early spring, but, on SSF they waited patiently until heavy rains filled the isolated wetlands across the landscape. When an area like SSF has very little rainfall over the course of several seasons, frogs opportunistically find their way to the appropriate wetland when conditions are suddenly right for breeding. As a consequence, most species of frogs and toads might breed in almost any month of the year. August 31st was a perfect night for frogs from my experience. Temperatures were in the mid-70s with extremely high humidity, high altitude lightning sustained the feeling of an on-coming storm, there was still occasional rain, and the day had been characterized by heavy rainfall throughout the region.

Certainly one of the most distinctive frogs that I heard that night was the gopher frog. The gopher frog is a rare species that spends much of its life in sandhill communities and is frequently found in gopher tortoise burrows. Its call is seldom heard and so distinctive that I just had to record it. Take a listen and see if you agree that it sounds like a human snoring.

A common frog that is reclusive and seldom seen in numbers that would compare with its seemingly omnipotent vocal presence in SSF that night is the pinewoods tree frog. These frogs are very loud and they were calling from hundreds of trees and shrubs near most of the marshes and ditches across SSF. I was very close to a couple of pinewoods treefrogs when I recorded this.

Another of the loudest frogs in SSF is the barking treefrog. I heard them calling from several marshes that were more than a mile away from my listening station. I didn’t record them that night, but you could listen to them here – http://srelherp.uga.edu/anurans/hylgra.htm. When a few of them are calling in unison they sound like a pack of pounds baying on the chase.

Paddling Rock Springs Run – FOWR president John Pottinger and I floated Rock Springs Run two weeks ago. We got to Kings Landing early enough to be the first people to push off and experienced a glorious morning mostly full of solitude on one of the most natural portions of the Wekiva Wild and Scenic Wekiva River system of Runs, Creeks and Rivers. There are lots of reasons to be concerned about the quality and quantity of spring flow, fragmentation of habitat, invasion by exotic species etc. in the Wekiva Basin, but the Rock Springs Run to Wekiwa Springs State Park float is still a fantastic journey through mostly natural, unique habitat. The experience offers idyllic vistas and a serene experience through protected natural lands in the basin. I wrote a longer article describing our float and it is referenced separately on the FOWR website, along with a few pictures that I thought captured the ambience of the journey. It is highlighted on the FOWR home page if you want a virtual trip of your own. (And hopefully that will entice you to take the actual trip.)

Coyotes re-visited – I heard from Alice Bard, Environmental Specialist with the Florida Department of Environmental Protection after last month’s discussion on coyotes. Alice provided some insight on coyotes that I didn’t previously know about. Alice said “coyotes were also brought to the state and released back in the middle part of the 20th century. Apparently they were used as a surrogate for foxes in fox hunts in the central Florida and south-central Florida region-but since they’re so smart, many times they escaped. Enough of them managed to elude the hunters and establish populations that they created a bit of a stronghold in our area of the state-quite a bit before any of the western coyotes made the trip over to Florida.” Thanks for that additional insight, Alice. 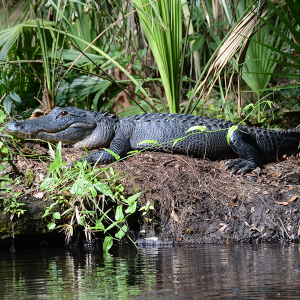 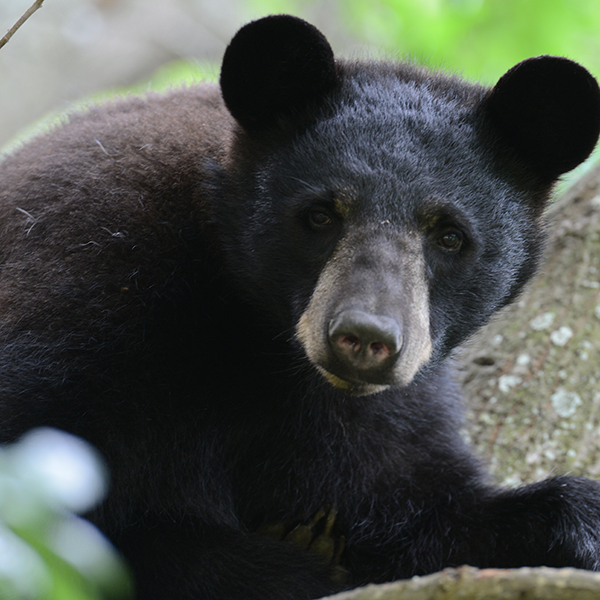 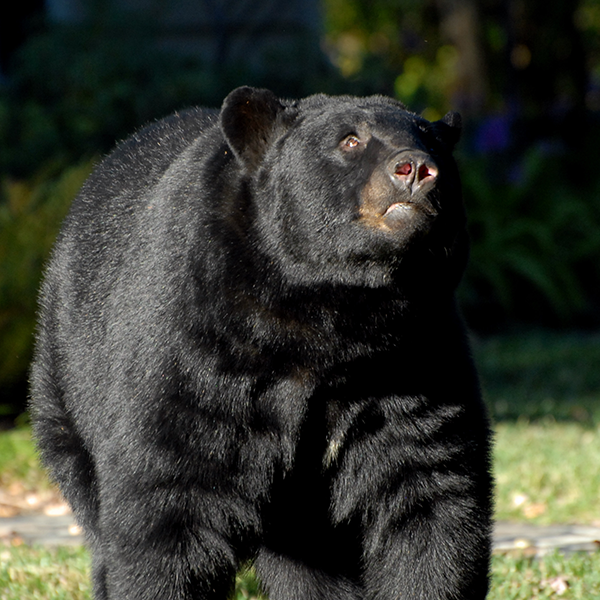 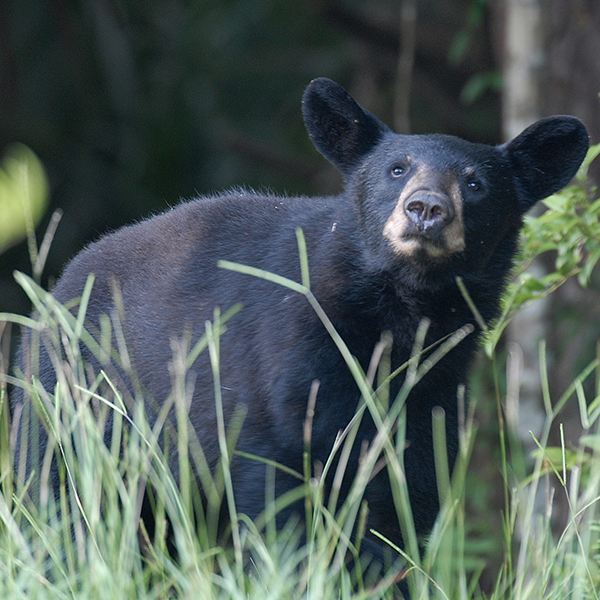 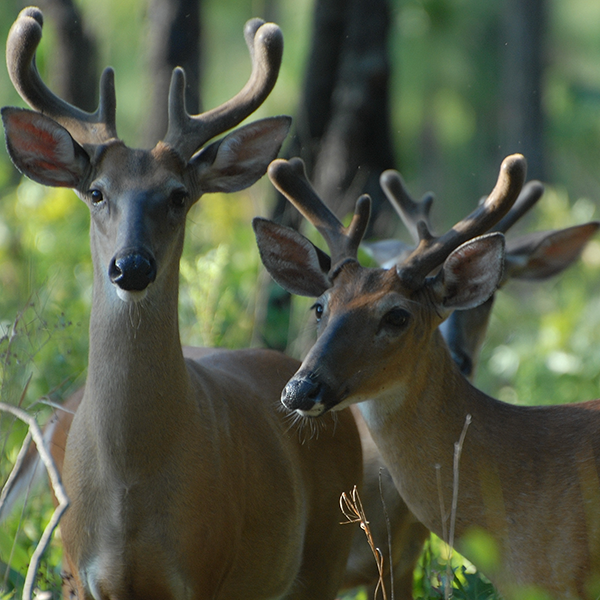 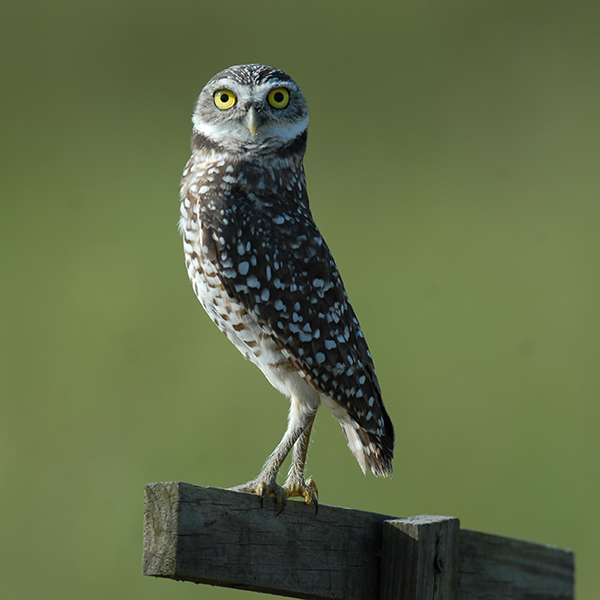 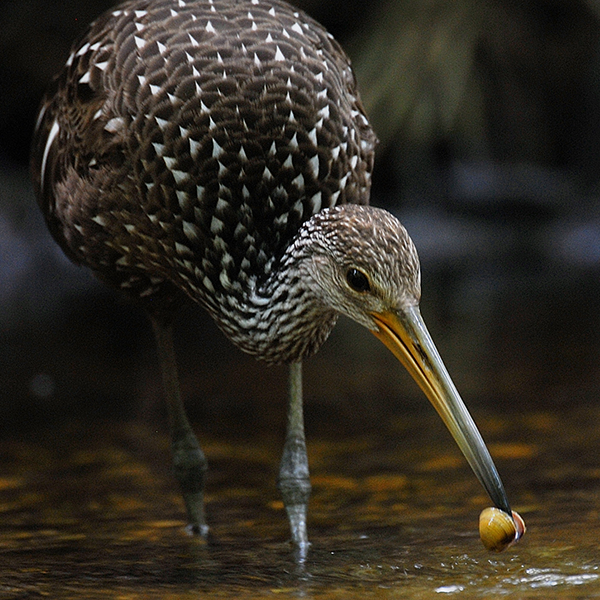 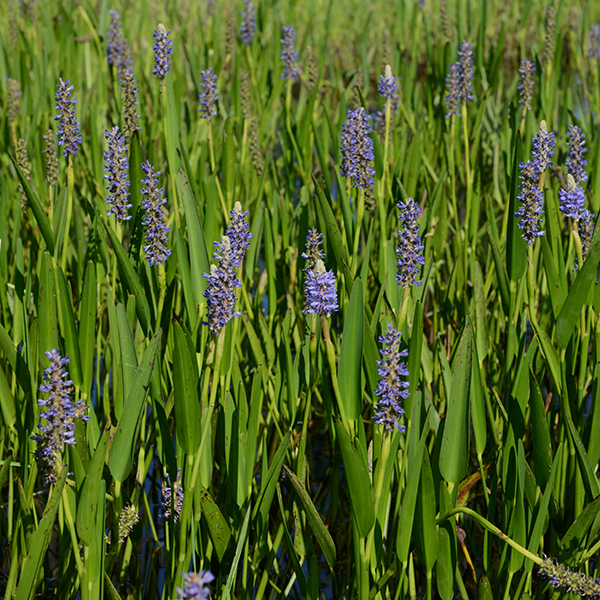 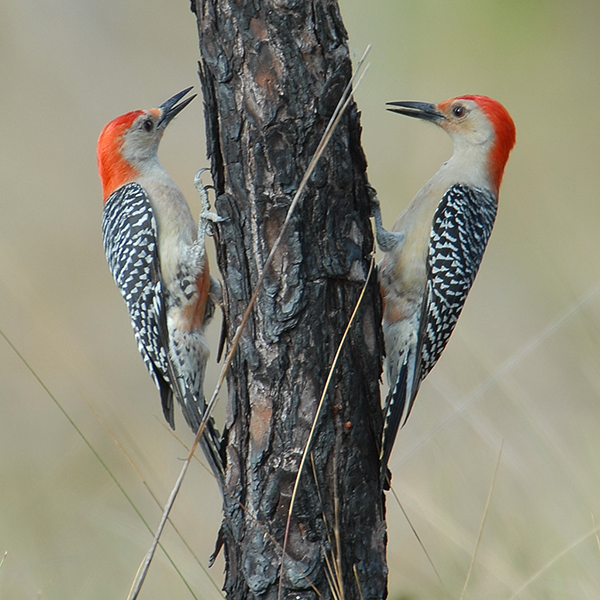 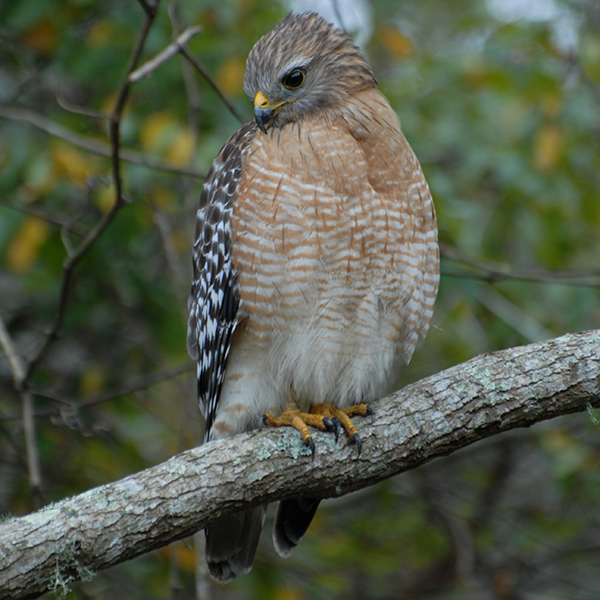 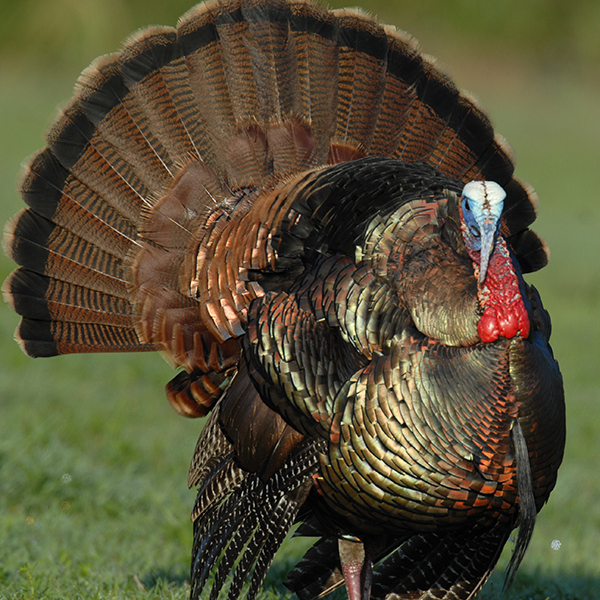 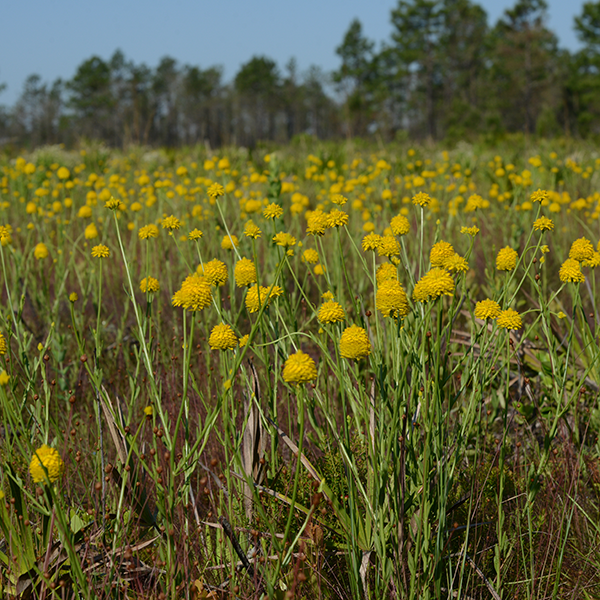