What’s going on in the Woods of the Wekiva? Early May addition.

I recently hiked a stretch of the Florida Scenic Trail that traverses through the Seminole State Forest north of State Road 46 in the Wekiva Basin. Because it is such an energetic time of year – birds are singing, reptiles and amphibians are active, and plants are flowering and fruiting – the differences in each natural community I travelled through was clearly evident. 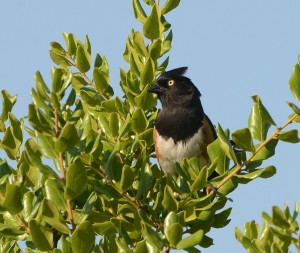 And it is incredible that a drastic change in natural communities can occur over a distance of a few tenths of a mile and a few feet in elevation. On this trail I transitioned from habitat adapted to drought and parched soils to one dependent on near constant flooding, I saw or heard scrub-dependent species: Florida scrub-jay, eastern towhee, gopher tortoise and six-lined racerunner, on one side of a trail, and wetland-dependent species: great egret and pinewoods treefrog, on the other.

Even without any substantial topographical relief, the Wekiva Basin is characterized by substantial biological diversity. This diversity is dependent upon two factors: a unique group of habitats, each with its own biological communities; and the assemblage of these habitats over a fairly vast landscape scale. I’ll write a little about the local scale in this column and address the landscape scale next month. 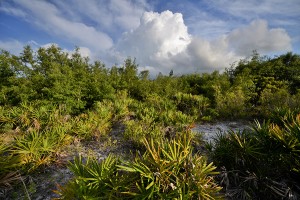 Consider the fact that our Florida scrub communities are found nowhere else in the world. Equally unparalleled is the plethora of springs emanating from the deep Floridan aquifer in this part of the state. These two communities exhibit a unique biological diversity and a lot of endemism – species that occur nowhere else. These communities are to a certain degree at the opposite ends of an ecological gradient from the highest slopes (still almost completely below 100 feet) down to an elevation at the mouth of a spring that is not too much above sea level. Between these two systems are longleaf pine sandhill and flatwoods communities with unusually high herbaceous plant diversity. Floodplain forests, wet prairies, treeless marshes, deep swamps and bayheads, and mesic hammocks add to the combination of natural communities, and these are all characterized by their own distinctive collection of plants and animals. 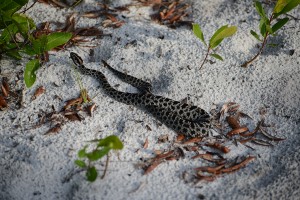 In 2012 and 2013, I organized a group of more than 150 scientists, students and environmental enthusiasts to conduct two BioBlitzes. During a concentrated effort over two days in the spring and two days in the fall we identified as many species as possible within each natural community that occurred on public lands in the Basin. During these field endeavors, and a couple of Christmas Bird Counts, we identified more than 2000 species of plants and animals. The herbaceous diversity across the landscape is distinctive, aquatic invertebrates around the spring systems are incomparable, and the diversity of invertebrates in distinctive microhabitats across the Basin was particularly noteworthy.

Management of these natural communities now requires substantial human intervention to mimic natural phenomena such as flooding and fire and to control invasion of exotic species. Because of the attention the state resource managers have paid to ecological restoration, the natural communities in the Wekiva Basin have retained much of their natural biological diversity. There are superlative examples of longleaf pine sandhills under a frequent fire regime, scrub communities that have been restored to the point where Florida scrub-jays have returned and complex wetland systems where natural patterns of flooding and desiccation are sustained.

Alterations in spring flow and water quality changes have affected the function of aquatic systems, but there seems to be universal agreement that they need intervention. Hopefully the unique diversity of these systems can hold on until they can get the attention they deserve

Other signs of the season in the Basin: 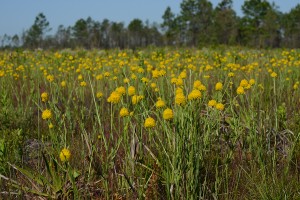 I appreciate your interest in the ecology of the Wekiva Basin. Hike through, dive in or paddle along, and let me know what you find.